Every patient enrolled in a clinical trial embarks on a personal journey that typically includes family members. Lizzie Wittig understands that journey. When her mother was diagnosed with breast cancer in 2003, she became her mother’s caregiver and transportation team. Lizzie, who ultimately joined the staff of Susan G. Komen San Diego, recently discussed the details of that journey with OmniComm’s editorial team.

“The clinical trial gave us six years of memories together I wouldn’t have had without it,” Lizzie said.

Here’s more from that conversation.

Please share a brief history of your mother’s illness.

My mom was diagnosed with stage III (a) HER2+ breast cancer in 2003. We were told it was a very aggressive form of breast cancer. Her medical team did not seem very confident that she was going to beat it. However, after completing her original treatment of surgery (bilateral mastectomy) and chemo, we were told she was NED [no evidence of disease]. She didn’t have to continue treatment and was able to return to regular breast screenings.

In late 2004, the cancer came back, and my mother was diagnosed with stage IV metastatic HER2+ breast cancer (lungs). After three different failed chemotherapies, she was deemed untreatable, and we were told she likely had six months left to live.

She and her medical oncologist were not ready to give up, and my mother was able to participate in a clinical trial, which actually shrank her tumors and staved off additional metastases for nearly six years before the drug stopped working. She had metastases to her brain in in November 2008 and passed away in June 2009.

How did she become involved in a clinical trial?

How did you support your mother during her illness and the clinical trial?

I was basically my mom’s primary caregiver. There were good days where we could forget what was going on and pretend everything was normal, but there were also bad days where she couldn’t get out of bed and I was taking care of her.

I ended up having to take over all the household duties: cleaning, making repairs and paying all the bills. I even became a bit of a medical transporter and took my mom to all of her appointments when she didn’t feel well enough to take herself.

The funny thing though is that my mom was strict growing up, and wouldn’t allow cable TV in the house. But once she got sick and was home a lot, she caved and had cable installed so she could watch more than talk shows during the day. She used to joke that she always felt better when I’d lie in bed with her to watch a movie or reruns of ER, so to her that was probably my most important role!

Did the clinical trial play a role in extending your mother’s life?

Absolutely. She had gone through three different chemotherapies and chemotherapy combinations, none of which had any effect on her tumors and the rate they were growing/spreading before the clinical trial. Once enrolled in the clinical trial, my mom received a new chemotherapy, along with her Herceptin, which actually shrank most of her existing tumors. This kept her breast cancer at bay for nearly six years, where all other treatments before had failed.

Why was participating in a trial important to your mother? What did her participation mean to you and your family?

At the time of enrolling in the clinical trial, my mom’s prognosis was dismal. When we found out my mom had MBC [metastatic breast cancer], I was in my first month of college. I am an only child of a single mom, who was also an only child—we didn’t have any other family to help us.

My mom was not ready to leave me on my own a few months after my 18th birthday. The clinical trial didn’t ultimately save my mom’s life, but it gave me six extra years with her that I wouldn’t have had otherwise.

Instead of my mom dying when I was 18, she was there to help me figure out life and college, to celebrate my 21st birthday together, to see me graduate from college and for both of us to know I was prepared and going to be ok when she passed away. The clinical trial gave us six years of memories together I wouldn’t have had without it.

How did her mother’s journey influence Lizzie’s career path? Read Part II of her story on Thursday, June 20. 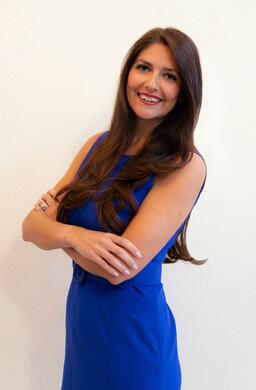 Learn how a clinical trial helped to add years to the life of one breast cancer patient. Her daughter & caretaker, Lizzie Wittig of Susan G. Komen San Diego, will join the OmniComm team in Booth #1823 to share her family’s story, June 24-26, at DIA 2019: Details.