Nearly three decades ago, in 1989, the FDA introduced non-binding guidelines to make trials more inclusive of older people. Despite this, the elderly remain an underrepresented demographic in clinical trials.

Of course, geriatrics are not the only neglected population in clinical trials. Women and minorities remain underrepresented in certain segments too. However, if the industry can foster a collective mindset that favours diversity and inclusivity, the quality of research and accessibility to trials by previously excluded groups will improve greatly.

In this post, we will devote attention specifically to the state of geriatric research, looking at why patients over the age of 70 tend to be excluded, what this means for treatments and why it needs to change.

Common Reasons the Elderly Are Excluded

Comorbidities, difficulty travelling to trial sites and a reluctance to undergo demanding treatments are some of the reasons elderly patients do not participate in trials. Add to this the greater health risks and possible lack of support from relatives and the barriers can appear insurmountable, Professor Emeritus Gordon Wilcock, VP for Academic Affairs at the British Geriatrics Society, says.

But perhaps the most difficult barrier to overcome is meeting the eligibility criteria for trials. This is counter-intuitive in some ways as the elderly are often the main demographic ultimately prescribed those drugs once they reach the market.

The Paradox of Not Studying the Vulnerable

Part of why the elderly are excluded, along with other vulnerable populations such as pregnant women, children and the cognitively impaired, is the desire to keep them safe from risks of trial treatments. The knock-on effect, however, is that some drugs could lead to negative consequences for its untested users, argues Ryan Bailey, senior clinical researcher at clinical drug development company Rho.

Bailey uses the thalidomide-induced birth defects of the 1950s and 1960s as an example. Prescribed off-label to help pregnant women manage their morning sickness, the drug was never tested on pregnant women. The absence of testing on this population, along with physicians’ limited knowledge of the effects of thalidomide on pregnant women, resulted in disaster.

Therein lies the challenge: the negatively affected were those who would never have been included in the trial. To test them would be dangerous and not testing them led to dire consequences. There seems no way out of the conundrum but trial managers should consider a few key elements when dealing with vulnerable populations.

For elderly patients in particular, Bailey says age limits need to be reconsidered and rather than adopt an overarching approach to inclusion and exclusion, patients should be assessed on an individual basis. Those too vulnerable can still be safely excluded with this approach.

Clinical oncologist Richard Simcock also notes this paradox of trying to keep the elderly safe by not testing the treatment they will ultimately need. Relying on trial patients younger and fitter than most of the target user population is not an effective method of study, he explains. 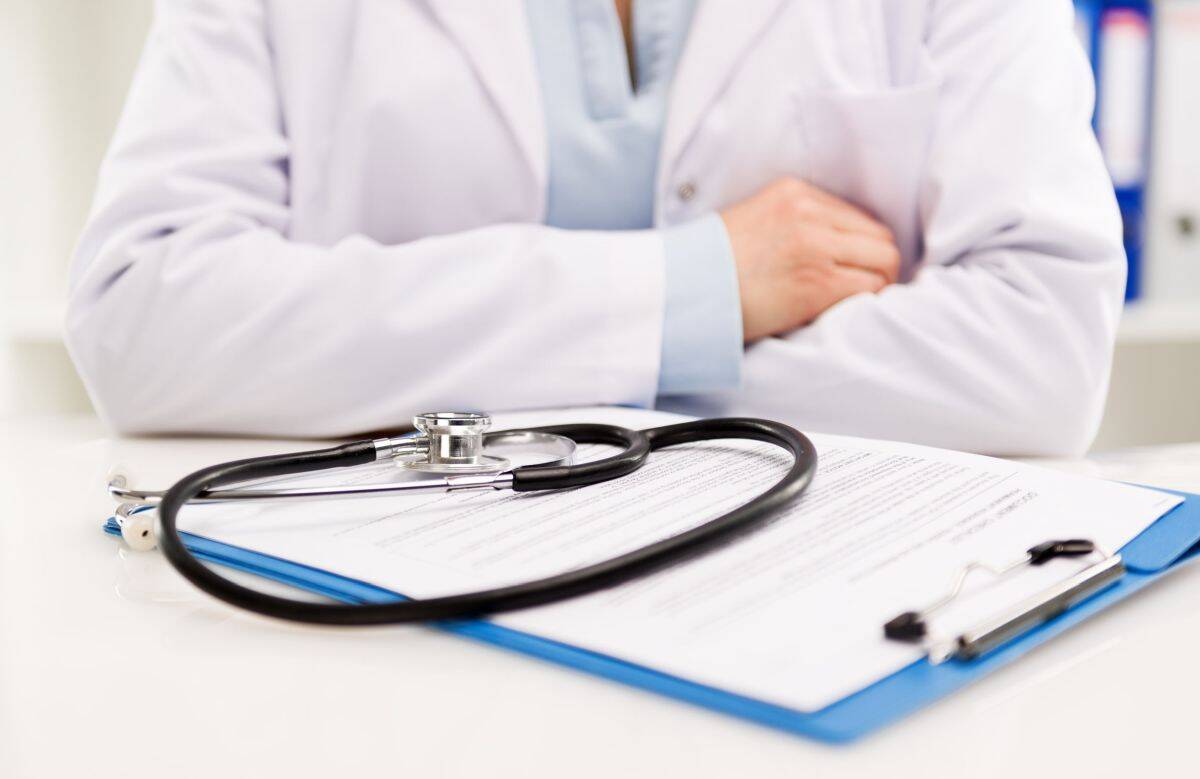 Digital Media to Recruit the Elderly

While the elderly are often purposefully excluded, there also needs to be clearer means of recruiting them for this situation to improve. Social media has become an increasingly useful resource for clinical trial recruitment and, according to Australian researchers whose findings were published in the Journal of Hypertension, it can reach the elderly too.

Led by James E. Sharman, Ph.D., the team compared traditional advertisements in newspaper, radio and on posters with Facebook ads. The researchers used conventional methods for the first 20 months of a randomized trial in Australia’s Tasmania, Queensland and the Australian Capital Territory. With unimpressive recruitment levels, the researchers introduced a Facebook advertising campaign intermittently over four months.

Compared with conventional advertisements, Facebook increased patient recruitment in the Australian Capital Territory (1.8-7.3 a month) and Tasmania (4-9.3 a month). Yet Queensland dipped from six to three recruits.

While overall patient recruitment increased, the average age of patients went from 60.9 to 58.7 years. Sharman and his team maintain that the results show Facebook advertising is effective to recruit middle-to-older aged patients. However, it is clear more is needed to access patients in their late sixties, seventies and eighties.

In an attempt to include broader patient populations in trials, namely children and the elderly, the National Institutes of Health has implemented a new policy, which requires all studies that apply for funding show evidence of a plan to be more inclusive of these target populations.

The aim is to ensure treatments will be able to produce results in “real world” circumstances, beyond simply proving efficacy in ideal, controlled conditions. Paula Span at The New York Times says those responsible for studies that exclude the elderly — or any other population — will need to justify their decision to do so.

This is positive change, but NIH will only monitor trials for which it has provided grants, while many privately funded trials will not be impacted by the policy change, Span says.

While there are a number of studies that list the trial population’s age range between 18 and 65, people are living much longer than that and will be reliant on new drug treatments. Indeed, people older than 65 form the fastest-growing age cohort in the world right now and, by 2050, they will make up 16 percent of the global population. That’s a 9 percent rise since 1950, explains Simonetta Alvino, M.D.

She argues that the upper age cutoff should be higher. As people live longer, ultimate users of the treatment drug should be more represented in the trial population to ensure efficacy of treatment. Not only that, Alvino says, patients older than 65 comprise the majority of users for many medications, especially those treating chronic conditions. 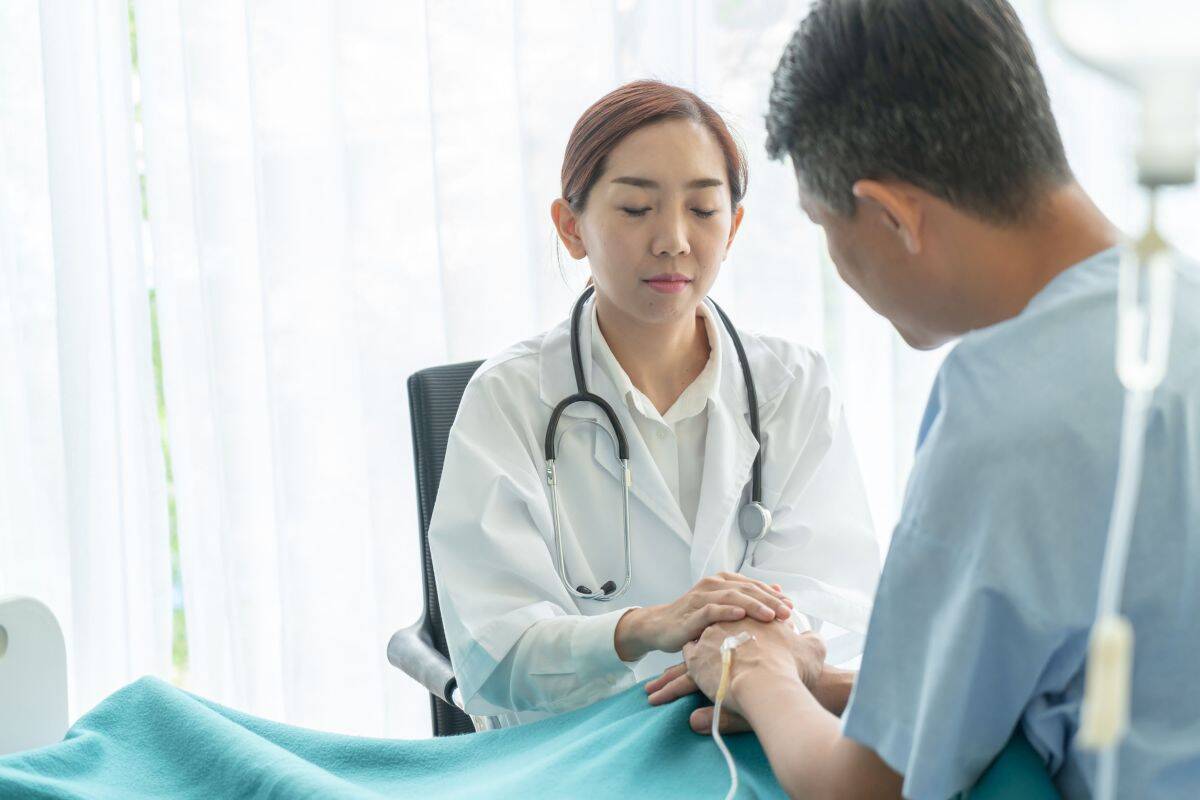 If the major concern is that the elderly are more at risk from investigative treatments, then a solution to rectify this could be to design an adaptive or adjusted-dose study.

This is the advice from Erik Magnus Ohman, M.D. and Abhinav Sharma, M.D., at the American College of Cardiology. The pair’s experience in ST-elevation myocardial infarction (STEMI) shows the elderly are a growing cohort affected by this condition yet they are seldom included in trials.

The reason for their exclusion is increased risk treatment-induced hemorrhage. In a randomized strategic reperfusion early after myocardial infarction trial, which studied 1,892 patients with STEMI, patients older than 75 faced increased risk of intracranial bleeding. This affected a fifth of the trial population.

However, when dosage of the drug treatment tenecteplase was halved, none of the 93 elderly patients suffered from intracranial hemorrhage (ICH). This in contrast to three (7.1 percent) of 42 elderly patients presenting with ICH before the dosage was amended.

The Elderly and Cancer Trials

The majority (60 percent) of cancer patients are elderly and, by 2040, this will likely climb to 70 percent, health reporter Judith Graham writes.

But according analysis by the U.S. Food and Drug Administration, the findings of which were presented at the American Society of Clinical Oncology, only 40 percent of cancer trial patients are older than 65.

The sad irony is that it’s the elderly most affected by side effects of treatment, explains hematology/medical oncology fellow at Mayo Clinic, Narjust Duma, M.D. This is especially so with cancer treatment and Duma notes the elderly are not only affected but struggle to rebound from these negative side effects.

While it would be favorable to see more elderly patients in clinical research generally, there is an argument for having specific trials for the elderly. This is already starting to happen, but the US lags behind Europe in this regard, Corey J. Langer, M.D. says.

Langer wants to see regular clinical trials focus on the “oldest old” but suggests the rest of the world follow the example set by Italy’s study in elderly patients with advanced lung cancer. The trial, a first of its kind in advanced non-small-cell lung carcinoma, purposefully sought elderly patients to study their survival advantage between chemotherapy and best supportive care treatments.

This kind of trial is very rare, but it should not be so, Langer says.

Indeed, creating a more inclusive culture in clinical trials will help to address the alienation of ethnic minorities, women and, of course, the elderly. Sponsors and trial managers should find new and better ways of attracting geriatrics to studies — and design trials specifically for the elderly — but also be able to adapt designs to overcome safety concerns. By doing so, the elderly, who are often the demographic most in need of treatment, will have the opportunity participate in the very research aiming to help them.